Here’s what you’re missing out on.

If you’re not following up on introductory mails to B2B prospects then you are halving your lead generation potential.

This is not hot air – it’s a stone-cold fact.  And we’ve got the data to prove it.

But first I want to share someone else’s stat that absolutely floored me.

It’s taken from analysis of users’ prospecting habits by Yesware, the sales productivity platform.  They looked at over 500,000 email chains and discovered that 70% of unanswered prospecting mail chains stop after the first email. 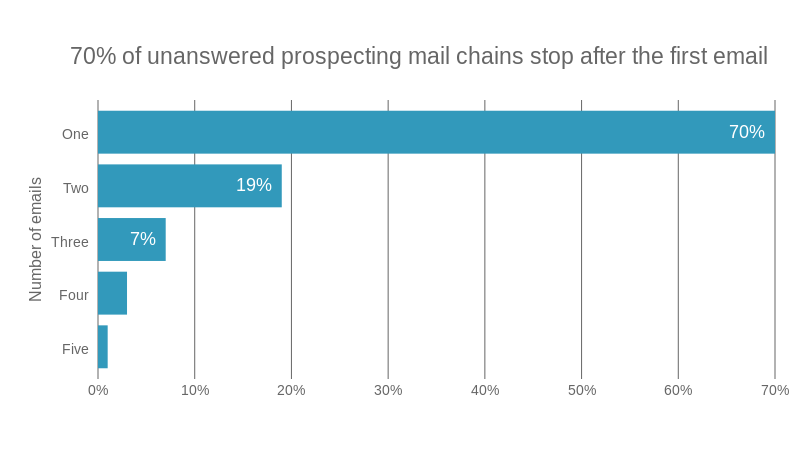 Let me just pick myself up off the floor again and dust myself down – it gets me every time!

Seven in every ten B2B sales introductions are not followed through. And, what’s more, of those that are two out of three only try a second mail to make things happen.

And it’s a real wasted opportunity.

We have the stats to prove just how crazy it is – and to show exactly what you’re missing if you’re too shy to follow up on a prospecting mail.

Over the course of 2017 we engaged close to a million prospects – across a range of industries, organisations and countries.

Each prospect was painstakingly researched and targeted – and there’s no way we are going to kiss goodbye to all that hard work identifying and reaching them on just the one mail.

In fact, from selection to ongoing optimisation there are 8 steps contributing to the success of any prospecting campaign.  Here’s what success looks like for us: 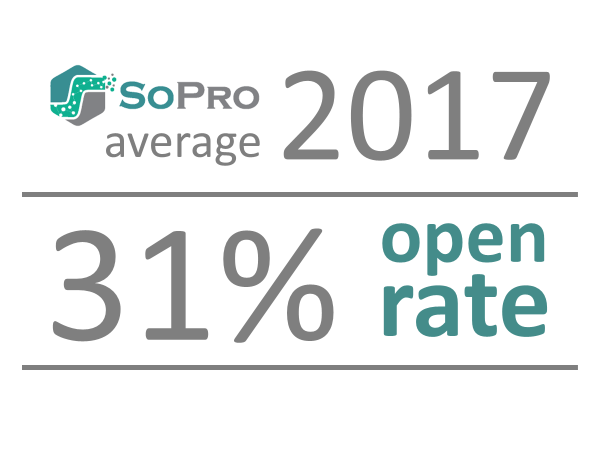 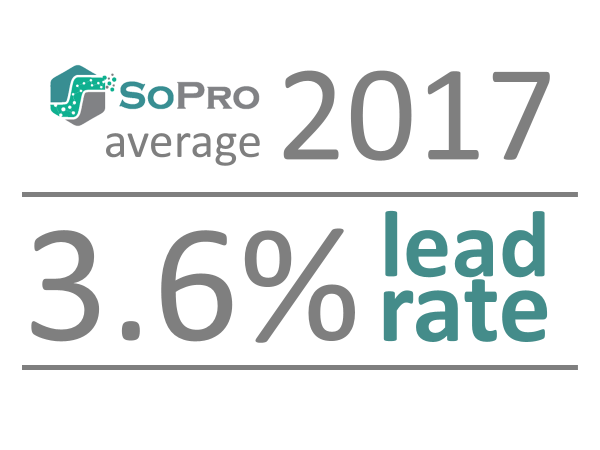 With most outreach campaigns running at sub 1% lead rates (and often sub 0.1%) you’d be right to question the claims.  Much of our success is due not just to targeting but to the follow up emails.  They are an integral part of our 8-step sales prospecting campaign format. 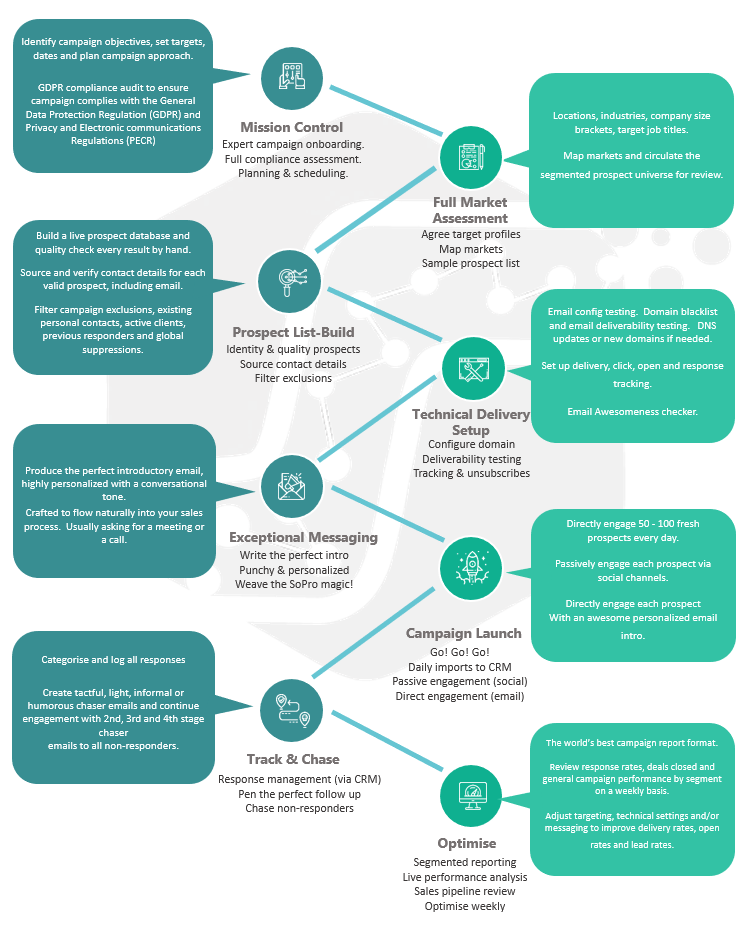 You can see that we carefully create at least four chaser emails. These are scheduled to engage non-respondents based on our knowledge of the perfect time to send for each industry and campaign.

If you are not doing something similar when prospecting then here’s what you are missing out on. 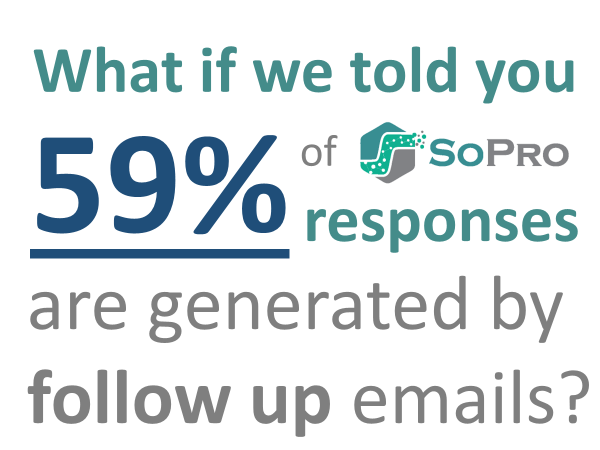 59% of responses are generated from the follow up mails that we send.

The vast majority of responses we get from prospects comes from either email two, three or four. The first email secures only 41%.

If you are not following up on introductory mails you are throwing away the majority of your campaign results.

Here’s how things breakdown by each mail in the prospecting chain. 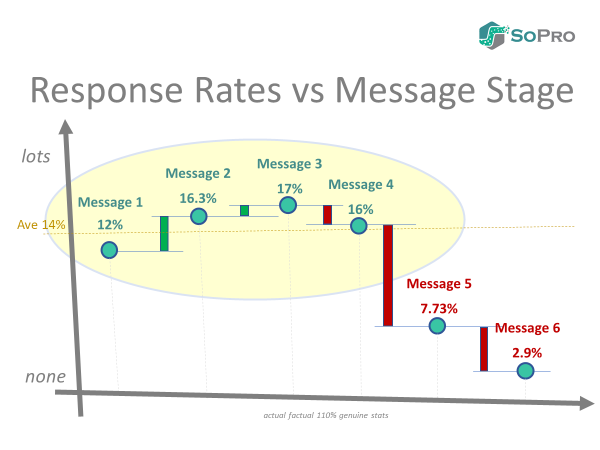 As you can see it’s actually mails two, three and four that have the best response rates, with a sharp drop off on any mails after this.

The important thing to note though is that email three in a chain actually performs better – in terms of response rate – than the first email.

Of course, not every response results in a lead, but about 40% of our responses do. 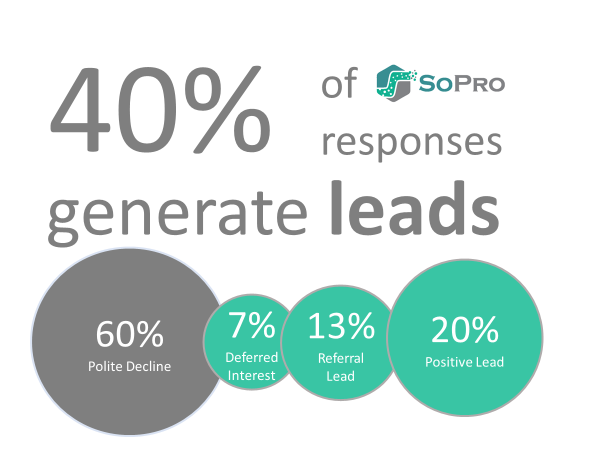 52% of our leads are produced by our follow up mails 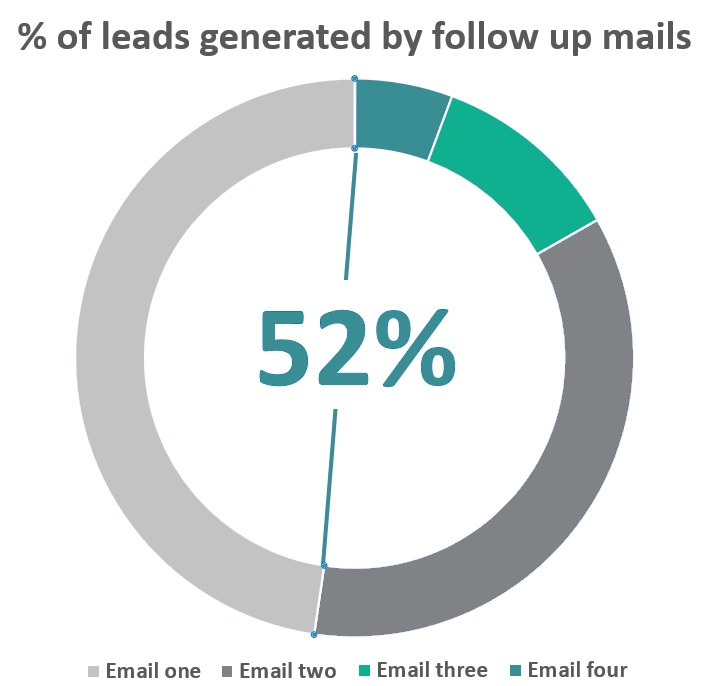 And what’s more the lead rate for the first, second and third mail is not radically different. 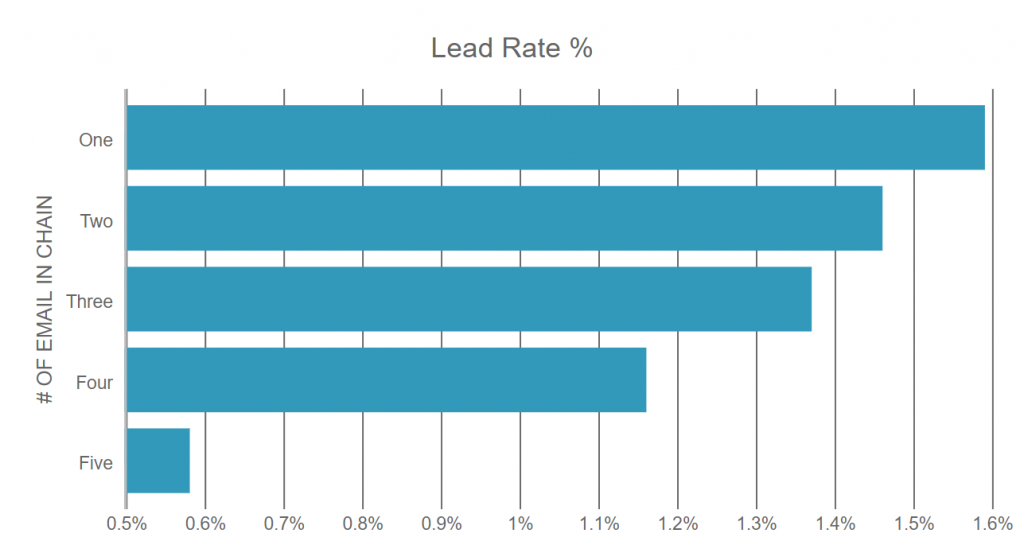 The big takeaway here is that you need to spend as much time crafting and scheduling those follow up mails as you do agonising over the first and identifying your prospects.  There it is, scientific fact.

Next time when you’re double thinking whether time spent penning the perfect follow up is worth the hassle, just think… 60% additional leads.

On the other hand

If, like most businesses, you know you should be following up but you simply don’t have the time or discipline to track and filter your responders, then schedule and deliver the 2nd, 3rd and 4th stages of messaging… then why not let us handle it for you.  There’s about a 110% chance we can prospect more effectively and at a far lower cost than your internal options… and at the very least you’ll learn what an awesome prospecting campaign looks like.

Give us a Holla!