Synchronize your Sopro campaign with HubSpot

Synchronise Sopro with HubSpot and enjoy a seamless integration. It's quick and easy to set up and gives you full control over what to sync.

Sopro’s integration with HubSpot offers a simple solution to connect and synchronise your Sopro campaign data with HubSpot.

The aim of the integration is to support the following data transmissions between Sopro and HubSpot:

Now let’s authorise Sopro to connect with your HubSpot account and activate the service.

To start the configuration setup, click on the CRM Integrate tab on the sidebar of your Sopro portal, and then click Activate under the HubSpot CRM.

Next, connect your HubSpot account by logging into HubSpot. 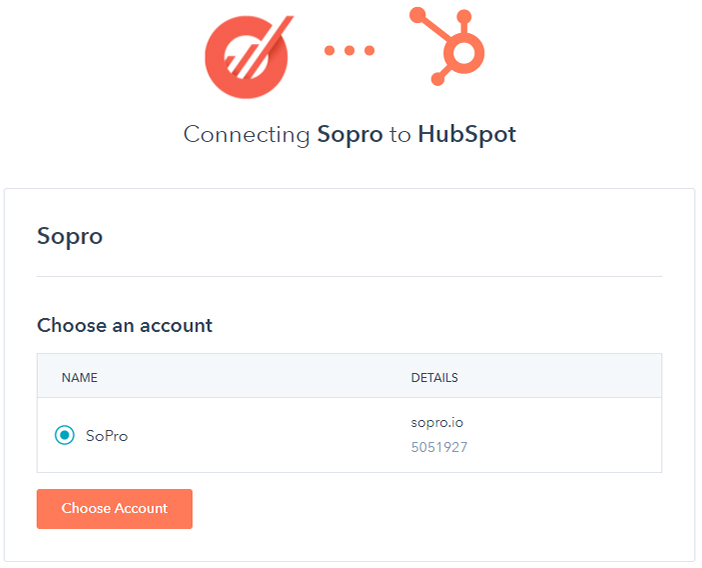 By logging into your HubSpot account, permission will be automatically granted. The configuration wizard will open and inform you that the authorisation was successful. 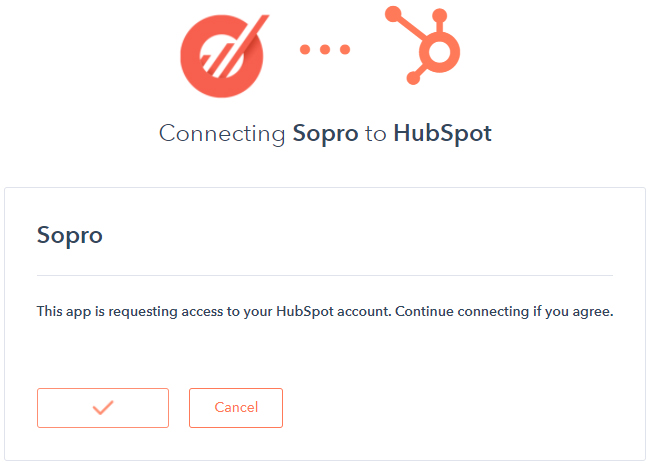 This step defines which prospects should be imported from your Sopro campaign to HubSpot. You have two options: 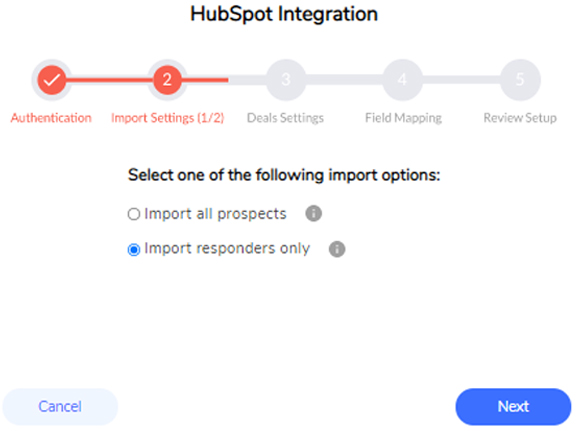 In the next section you can select which types of responses to import into HubSpot. You will also map the lead status for each type of response to your Sopro campaign . This step has different options based on your selection in step 2.

First, select the initial status for the contacted prospects, and then assign how the lead status should be updated for each type of response. As contacts respond to your Sopro campaign, your data will automatically update in HubSpot. 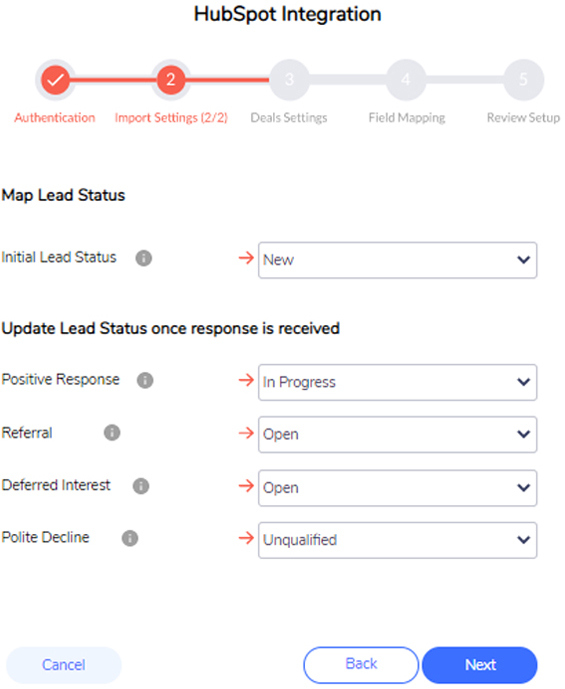 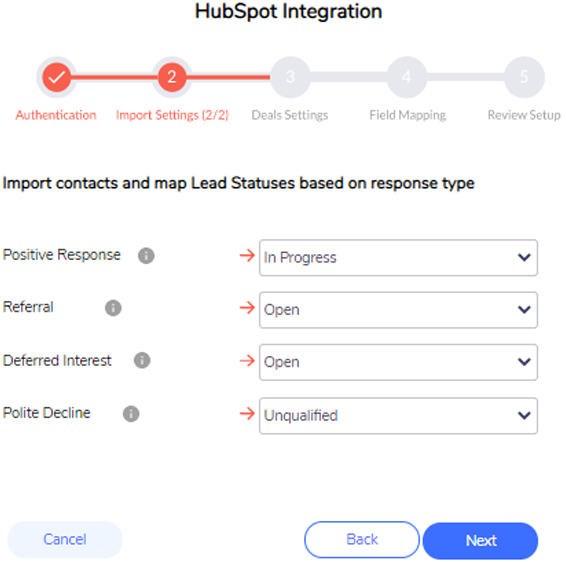 Step 4: Create deals for imported contacts from Sopro to HubSpot

This is an optional step. If selected, it allows you to create deals and assign them to specific deal stages based on the type of response in your Sopro campaign. 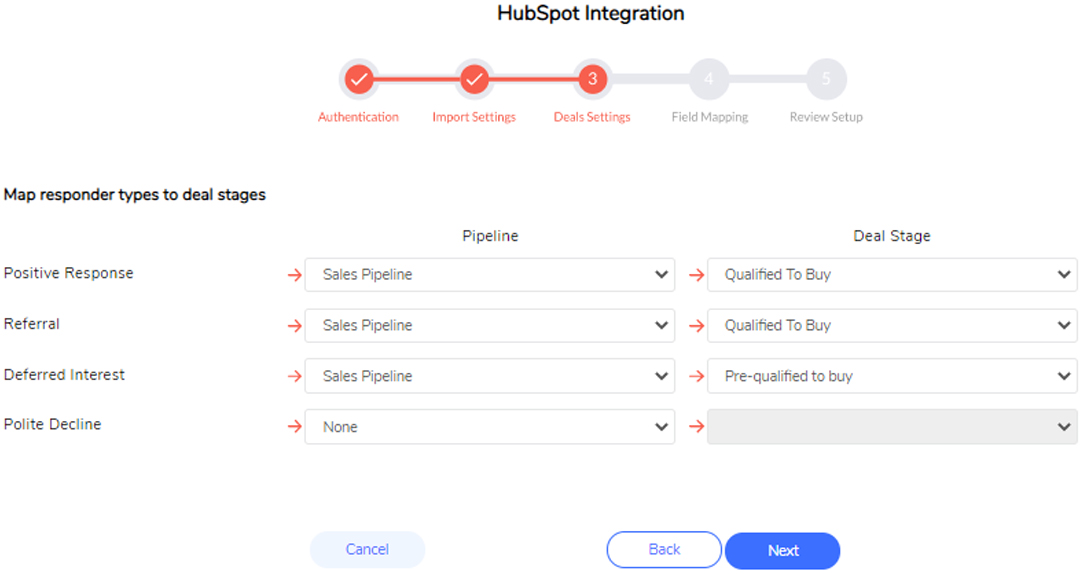 The next step is to map the Company, Contact and Deal properties from your Sopro campaign to the corresponding fields in HubSpot.

The source fields can be connected with two types of HubSpot fields: Text fields or Dropdown fields. If a text field is selected the default value transferred will be “Sopro”. If a dropdown field is selected, Sopro needs to be added as an option in your HubSpot source list.

“On duplicate records, update or skip?” – This option enables updating existing company or contact information in your HubSpot with details from the Sopro campaign

Once you have completed the settings and field mapping stages, you can review the setup and click Confirm to activate the HubSpot integration. 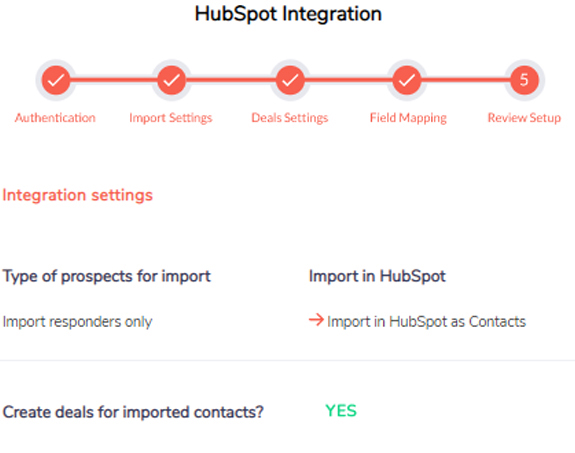