Could the severance tv show happen in real life? 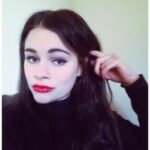 🚨 Spoiler alert 🚨 don’t read this blog post if you haven’t seen the show yet and plan to (which you should!).

We all take GDPR seriously, in fact, we published a blog just last week on the severity of data protection, but how far would businesses be willing to go to keep data (or their own secrets) private?

Severance gave us a chilling insight into what businesses could look like in the future. But could that ever happen in real life? Let’s take a look at the facts.

What on earth was going on in Severance?

If you haven’t seen Severance, here’s a quick rundown of the show. Adam Scott plays the lead as Mark, in a group of four employees all working in the windowless maze-like Lumon offices.

We watch them come and go to work. The catch? They’ve all undergone a procedure called Severance. This operation creates a separation between your work memories and your outside-of-work memories.

This means each employee has two selves – their innie and their outie. Their inside selves don’t know anything about their life before “waking up” in the Lumon offices. This makes for an interesting dynamic as the characters adjust to a world where they don’t even know their own name.

If you’ve not seen it and you’re still not convince, watch the trailer 👇 (we’re big fans, if you didn’t guess!).

Is Severance the ultimate work-life balance or morally wrong?

For some of us, it could be a tempting deal. But it brings up many moral questions. No matter who you are as a person, it ensures that you have a double life. Great, if you’re a secret agent. But not so great if you like to be honest and open.

One of the questions it raises is relationships. You could have an affair without even knowing, in that instance, would your spouse or partner feel comfortable with you becoming severed? The show raises this question in the opening, where they talk about a severed employee becoming pregnant in her severed state – meaning in her outside life, she doesn’t even know the father of her child.

There are many moral questions that it raises but it also begs the question: why would a company want to sever you? You could be allowing yourself to go to work every day and commit terrible acts and you wouldn’t even know…

Why would a company bring in a procedure like Severance?

It’s difficult to work out what the actual work is in Severance. Sure, it’s called “macro-data refinement” but what does that mean? All we see is them “cleaning up data” on a computer screen.

The characters even theorise on what the work is themselves: Are they cleaning up the ocean? Are they organising airstrikes? Some fan theories suggest they’re cleaning up their own severed memories.

Whether they’re bombing war-torn countries or simply unwilling, and unknowing, participants in a social experiment, there’s obviously something Lumon doesn’t want its employee’s “innies” sharing with the outside world. So, why might a company require their employees to undergo a procedure like Severance?

Data protection could be one of the many reasons a company might consider something like Severance. Although many of us deal with sensitive data in our jobs every day and would never consider sharing that information, companies that deal with cybercrime and cyber security might be even hotter on who they share data with. And yes, GDPR is a serious issue but does it want for a Severance procedure, probably not.

It would be more likely to be used by jobs that deal with critical life or death situations such as national security, the FBI, and MI5. I mean, hey, if you were the boss at Area 51, and aliens were real (we’re not saying they are, we’re not saying they’re not), you might want your employees to forget that fact when they head home for the evening. At least no one would sell the story!

Another reason could be to keep certain technological advances under wraps. Everyone wants to be the market leader in their industry and if that industry is robotics, air or space travel, or energy, you could be desperate to keep your new products a secret.

At Sopro, we’re no strangers to becoming top of our target industry; in fact, we help businesses target their ideal industry using our in-depth market impact assessments. Check out our data, and find out industry-specific insights.

Could Severance ever happen in real life?

The long and short of it is probably not, at least not for the everyday worker.

Although Severance doesn’t relate directly to what we do at Sopro, we thought it was an interesting concept – and one worth a blog post. A procedure like this could change the face of office working forever, but how many people would be willing to sign up?

At Sopro, we’re always looking to the future and implementing best practices for the advancing world. We know that B2B sales are an ever-changing platform that requires modern thinking. If you want to increase your sales, book a demo today and see what we’re all about.

Website plugin, Webcatcher and Leadbooster added to the Sopro client portal Sell even more with your Sopro campaign, using three …

Business News and awards Prospecting
Would you like to arrange a demo to see the full value?
Yes please
Live demo?
Yes