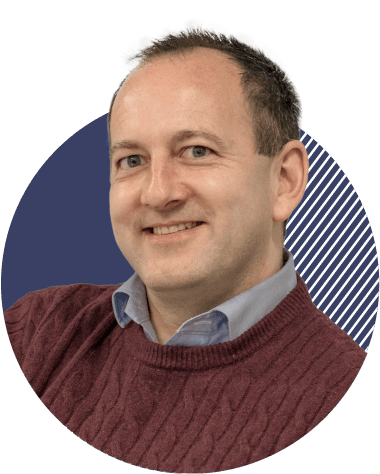 We’ve reached the second part of our heavyweight prospecting championship.

The jury was decidedly out on cold sales calls and cold mails. The odds are stacked against them: they don’t look like they’re packing any punches, in fact, they looked more featherweight than heavyweight.

As the excitement ringside builds, waiting in the wings for their weigh-ins we have exhibitions and networking/referrals.

Let’s see how they look like they’ll fare in the tough world of prospecting.

In the age of online you’d have thought the sheer physicality and lack of flexibility of exhibitions and tradeshows would have had their day, Stands, promo materials, demo gear, videos, popcorn makers (!), lighting, a massive hall and just one or two days to make it all count.

Yet, many still swear that trade shows are a fantastic way of generating new business – and there are a fair few stats to back up such claims, along with a few question marks.

But 46% of attendees visit only one trade show each year

As a result, nearly half of all exhibitors are unhappy with the cost of attending events

Exhibitions for prospecting are a mixed bag.

Indeed, they deliver a specialist audience – but much of the sales team’s time is taken up by meeting current clients.

The key stats here in judging how well exhibitions will fare in the ring is that four out of ten feel they yield low-quality leads – and less than one in ten believe these leads are followed up effectively.

Exhibitions can swallow vast amounts of time in preparing and manning the stand.

There’s no doubt that being able to see a product or a service ‘in the flesh’ helps scoot people through the funnel, yet the quality of many leads makes it hard work to sort the wheat from the chaff.

Costs are high but risks are low – in fact, your brand can be harmed by not being seen in the right places.

Scalability is limited – due to cost and time constraints achievable – and targeting is theoretically good but, in practice, resulting leads can be poor.

Interestingly, those who get the most prospecting ROI on exhibitions are not necessarily those corporates with a big stand, but SMEs with no stand but a steely determination to network.

For the price of an entrance ticket, nearly one in five SMEs win business using face-to-face networking at events and exhibitions.

And nearly all come away with a healthy list of prospects.

Which brings us rather neatly on two our second contender – networking and referrals.

There’s plenty of stats on how networking can help your career, but things are all quiet on the prospecting front.

Yet, there’s no doubt that the power of face to face can give your prospecting the edge. And you won’t have to search too hard to find an advocate who still swears by Andy Bounds’ classic networking bible, The Jelly Effect.

That’s why groups like BNI are so popular among local businesses. The original, biggest and best networking organisation of its kind, Business Network International, currently has over 240,000 members in nearly 9,000 chapters all over the globe.

But it’s not really based on networking per se.

Its true use stems from its guiding philosophy of Givers’ Gain. This recognises the value of helping your fellow business owners to succeed through referrals.

The true value of networking is it extends the range of people who will refer customers your way – and there’s no shortage of stats regarding referrals.

Form guide for networking and referrals

Networking and referrals definitely work – very strongly. The former can take some time, the latter simply involves making the ask.

The quality and targeting of leads is excellent – and the prospect’s trust in the person referring shunts them several steps along the funnel.

Risks are minimal – quite the opposite – but scalability is extremely limited.

Looks like we have our first serious contender – if only they could reach that little bit further.

Up next to the prospecting scales are advertising and LinkedIn messaging.